We are fortunate to have numerous spectacular National Parks in the western US. I have had the pleasure of wandering through many of them, but recently I’ve also started to explore State Parks. In September I camped and hiked in 3 impressive State Parks — each with different types and ages of rock outcrops, all sculpted into fascinating shapes by the erosive powers of wind and water.

My favorite, discovered several years ago: Snow Canyon State Park, near St George in the SW corner of Utah. The striking red and white sandstone outcrops are ancient steam deposits of the Kayenta Formation, overlain by the long, sloping crossbeds characteristic of the wind-created dunes that form the Navajo Sandstone. For more than 25 million years, starting about 200 million years ago, most of the western US was covered by a Sahara-like desert, and the blowing sands of this sand sea desert eventually cemented into the Navajo Sandstone and related rock formations. 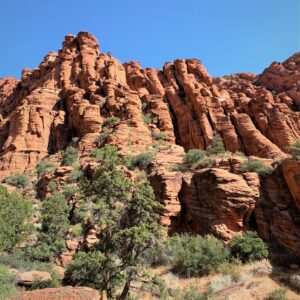 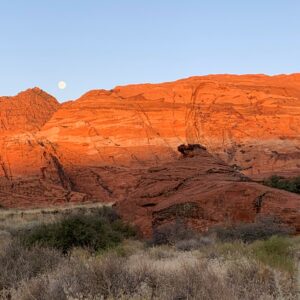 This view was from my campsite — sunrise, with the full moon starting to set. Fabulous!

The cathedral-like spires and cliffs in Cathedral Gorge State Park in SE Nevada are formed by very young (in geologic time) silt and clay originally deposited in an ancient lake. These rocks are weakly cemented and very soft, as they are only a million or so years old, and they are eroding rapidly into dramatic shapes. 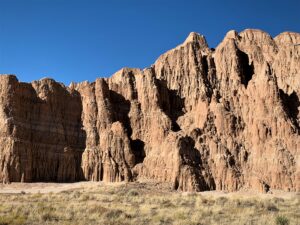 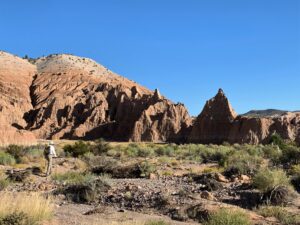 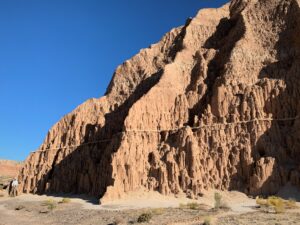 Near the town of Ely, in the eastern part of central Nevada, one can travel upwards from the flat and dry valley floor into a woodland of fragrant juniper, pinyon pine, and sagebrush. At an elevation of about 7,000 feet, Cave Lake State Park encompasses a wide expanse of green, punctuated by prominent white outcrops of limestone that formed in quiet seas. 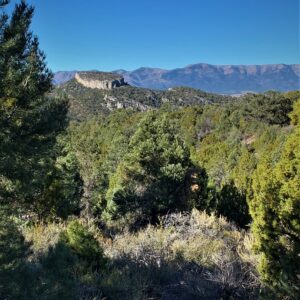 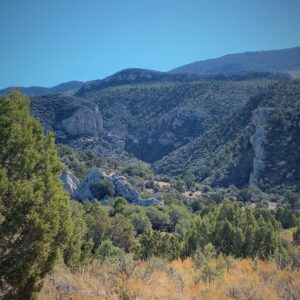 On the same trip I also camped and hiked in The Needles district of Canyonlands National Park, south of Moab, Utah. The cross-bedded sandstones in this area are from ancient dunes similar to those of the Navajo Sandstone, although several tens of millions of years older. And, as impressive as the State Parks are, the huge extent and dramatic scenery of Canyonlands make this region a truly exceptional National Park. Visit it whenever you can! 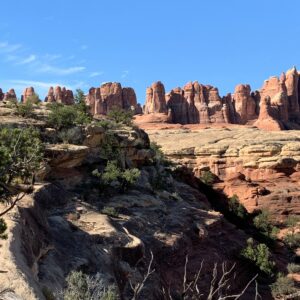 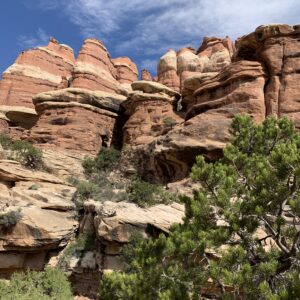 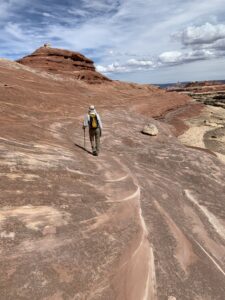