Rich deposits of metals cover vast areas of deep ocean floors. Mining companies have focused on polymetallic nodules, potato-like lumps also called manganese nodules. Large-scale mining could begin by 2024. (See my recent blog post: Seafloor Surprises – What We Are Learning.) Seafloor mining for these nodules will have irreversible consequences for ocean environments and our climate, so the potential impact of this mining is extremely concerning. 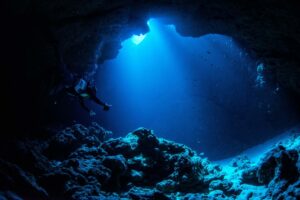 Our oceans are possibly the most pristine ecosystems on our planet. Sadly, damage is occurring from sources that include pollution, global temperature increases, and over-exploitation of fish and other marine species. Even the deepest water is affected. In the Mariana Trench, in waters as deep as 6.8 miles (around 36,000 feet/10,970 m), researchers have reported seeing a plastic bag and candy wrappers; trench sediments have extremely elevated concentrations of PCBs; and all marine creatures collected had microplastics in their stomachs. (Located south of Japan, this trench forms the boundary between two tectonic plates). 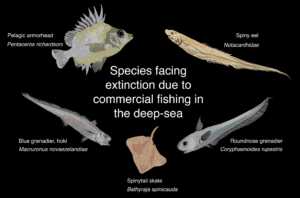 The Race to Mine Polymetallic Nodules

A United Nations-affiliated agency, the International Seabed Authority (ISA), has jurisdiction over deep-sea mining. The agency is responsible for developing environmental requirements in a process that is currently underway, and for granting licensing contracts. They have already issued exploration contracts that cover approximately 400,000 square miles (1 million square kilometers) of the Pacific Ocean. 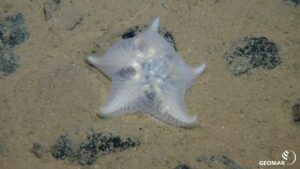 The ISA has granted three exploratory contracts to the Metals Company, based in Canada. This company is completing a two-month test project to collect polymetallic nodules in a part of the mineral-rich Clarion-Clipperton Zone (the exploration area is about (1,100 miles/1,770 km southwest of Manzanillo Mexico). The $250 million expedition reportedly is collecting 3,600 tons of rocks from ocean depths of around 14,250 feet (4, 345 m), using giant machinery that is remotely operated and acts like a vacuum cleaner. The operations create clouds of sediment and obliterate large areas of ocean floor. The range of adverse environmental impact is currently unknown, in part because limited information is available about the organisms that live in deep-sea environments.

On the website of the Metals Company, there are statements that by mining polymetallic nodules, tens of millions of electric vehicles can be powered (check out the carefully crafted wording on the company website, here: https://metals.co/). In addition, tens of billions of dollars in profits are estimated. The company is pushing hard to begin mining as early as 2024. 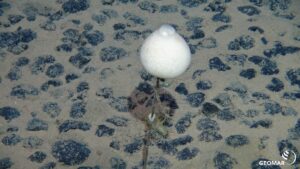 Time magazine recently published a compelling opinion piece, written by Sylvia Earle (groundbreaking marine biologist who served as Chief Scientist at the National Oceanic and Atmospheric Administration, and one of my heroes) and Daniel Kammen (Professor of Sustainability at the University of California, Berkeley, who also served as Chief Technical Specialist for Renewable Energy at the World Bank). Titled “The Case Against Deep-Sea Mining”, part of that article states:

“The mining companies’ justification for deep-sea mining is based on a big lie—that we need deep-ocean minerals for electric car batteries and the transition to green energy. We don’t.”

Where We Go from Here

Let’s check a few facts. To begin, estimates of the quantities of metals needed for a transition to greener technologies are highly uncertain. The assumptions upon which these are based vary widely. Will there be business-as-usual – or will there be improvements, for example, in public transportation infrastructure and a reduction in built-in obsolescence of consumer products? How much metal recycling will be implemented? 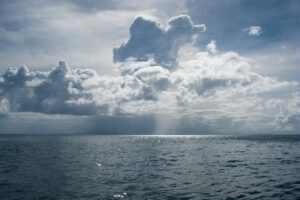 New technologies are transforming the battery industry. There are new and longer-lasting batteries based on graphene aluminum-ion, iron-flow, cobalt-free lithium-ion, and lithium-ion phosphate batteries. Some metals that can be used in batteries, including lithium and cobalt, are being extracted directly from salty brines in geothermal power production and directly from seawater –low-cost, low-impact processes. Reducing, reusing, and recycling critical metals in a circular economy is also increasingly providing metals that are in high demand.

Designing and manufacturing EVs is undergoing tremendous changes. One recent development that I find fascinating is building a car’s fuel cells into its frame. A typical battery is heavy, limiting the range possible in an EV unless designers make modifications for other components, such as bigger brakes, larger wheels, and a stronger structure. However, when the battery is efficiently integrated with the car structure, the fuel cells serve the dual purpose of providing the skeleton and powering the vehicle. And this approach is what Tesla and several Chinese companies have been developing. The result: EVs that are cheaper to build, roomier, and capable of reaching ranges of around 600 miles (965 km). The first of these vehicles that is already on the road in China — the Leapmotor C01 –has a cell-to-chassis design.

Clearly, new energy-related technologies are being developed, and the future promises to bring many advances.

In view of the tremendous destruction that could be associated with seafloor mining, as well as the uncertainties in future demand for metals, the prospect of large-scale seafloor mining is gaining attention worldwide. Officials from countries that include Chile, Costa Rica, the Federated States of Micronesia, France, Germany, New Zealand and Spain are all calling for a moratorium or a delay in this mining. Similarly, some forward-thinking auto manufacturers are also, including BMW, Renault, Rivian, Volkswagen, and Volvo.

The Time magazine article by Earle and Kammen demands urgent action to stop deep-sea mining. These authors call on the United Nations to take action to protect the deep sea and its resources for all humankind and not for the profits of a few. Our oceans are the world’s last global commons –protecting them is critical.

“The rush to mine this pristine and unexplored environment risks creating terrible impacts that cannot be reversed. We need to be guided by science when faced with decisions of such great environmental consequence.” – Sir David Attenborough, FFI VP #NoToDeepSeaMining – twitter.com

Andrews, Mark, 2022, A New Approach to Car Batteries is About to Transform EVs in WIRED, Aug 29, 2022.  https://www.wired.com/story/cell-to-chassis-batteries-electric-vehicles/

Illustration of five species facing extinction from commercial fishing in the deep sea; the spiny eel and spinytail skate are taken as accidental by-catch, which are discarded and not used in food production by MimiDeepSea, 2019. https://commons.wikimedia.org/wiki/File:Species_facing_extinction_due_to_commercial_fishing_in_the_deep_sea.png