There is a lot of misinformation floating about right now, with rumors and distortions promoted on social media and even at the top levels of governments.  Unfortunately, this also extends to the realm of geologic hazards, which particularly catches my attention (and great annoyance).

I recently came across a thoughtful post titled The Eruption of Mt. St. Helens at 40 years: Why it Still Matters and Why Science Matters. Written by geologist Garry Hayes for his Geotripper blog site, he points out that information about this 1980 eruption in Washington State, as with similar natural disasters, took a long time to get to people. Critically, during the delay, information was usually vetted and checked for accuracy — the reputations of journalists and their news outlets depended on it. Things have changed. Now, we have news delivered within moments of an event. And in an effort to provide “clickbait” that garners the greatest number of views and reviews possible, sensationalism and inaccurate material abounds.

Garry shares information about geyser eruptions in Yellowstone, volcanoes and tsunamis in Hawaii, pandemics, and most dangerous of all, climate change. As he states, with no journalistic filters for many media sources, sometimes it can be difficult to distinguish between trash and truth.  And that’s a BIG problem. Read his post here:  http://geotripper.blogspot.com/2020/05/the-eruption-of-mt-st-helens-at-40.html

As for finding accurate information, know your sources and check multiple places. Don’t rely on a single mention; a one-off should be confirmed.  Look for information on the websites and in publications from reputable agencies such as USGS, CDC and WHO and from reliable, peer-reviewed scientific journals.  I like to use Wikipedia and frequently check the references; there are usually direct links to the journal articles where source information is cited (I want to see the original data, along with the summary interpreted by the random Wiki-writer).  And I like to keep in mind this “old saw” proverb: If it is too good to be true, then it probably isn’t.

I can’t resist sharing this part of Garry’s post: at the end of his text, there is a photo of a young woman in a March for Science protest who is holding a sign saying: AT THE START OF EVERY DISASTER MOVIE THERE’S A SCIENTIST BEING IGNORED. So true. Unfortunately, that doesn’t happen only in the movies. 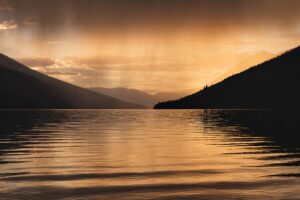