In the past century, manufacturing nitrogen fertilizers with ammonia (NH3) has been, well, explosive. Yes–even literally: the devastating explosion in a Beirut warehouse on August 4, 2020, resulted from the ammonium nitrate in fertilizers. The increase in agricultural production from these fertilizers, producing food for people and our ever-increasing numbers of livestock, has benefited tens of millions in the global human population. Unfortunately, this fertilizer use also produces tremendous waste in an inefficient process, and the chemical runoff creates damaging soil acidification and polluted water. Ammonia is highly toxic to many aquatic animals, plus it promotes algae blooms that choke out other aquatic life, resulting in oxygen-poor water that creates dead zones in water bodies including lakes and even sections of our oceans. Additionally, the industrial plants that produce fertilizers and the vehicles that transport and apply them rely on large amounts of fossil fuels, which in turn release excess nitrous oxides and ammonia into the air, producing smog and acid rain. 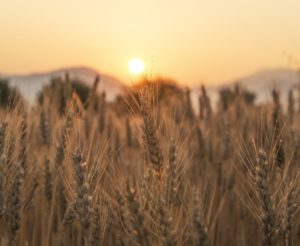 Sunset over a wheat field (Wikipedia)

I had only a vague knowledge of the nitrogen cycle and fertilizer production until I read the recent blog post, The nitrogen cycle: a story of food, war and bacteria, by Kathelijne Bonne on the website GondwanaTalks. This post is quite helpful in understanding more about this important topic, including what led to the development of manufactured ammonia-based fertilizers (and explosives) in Germany in the early 1900s. (Plus, the post includes a captivating, if somewhat disturbing, photo of a massive ammonia-producing plant in Germany.) The GondwanaTalks post also reminded me of the ancient Andean world and the high value that was placed on fertilizer from seabird guano (the word guano is derived from the Inca Quechua word huanu or wanu meaning dung). It turns out that 500 years ago, the Incas protected this resource in what is most likely among the first conservation measures ever implemented to protect another species based on importance for human activities and livelihoods (Rodrigues and Micael, 2021). Fascinating!

The Value of Guano

The cold and nutrient-rich ocean waters of the Humboldt Current that flow along the west coast of South America support extremely rich marine resources, from abundant fish to marine mammals to millions of cormorants, pelicans, gulls, and other seabirds that feast on fish. Islands offshore from Peru and the adjacent Andean countries are used as nesting grounds by these seabirds. Over time, and because of the arid climate with little precipitation, tremendous amounts of guano accumulated on these islands. 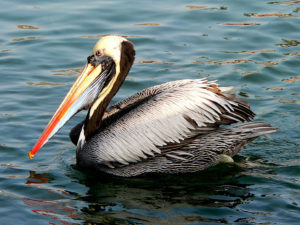 The value of this guano for fertilizer was recognized far back in Andean cultural history, perhaps as long as 5,000 years ago. Along the coastal river valleys, guano fertilizer enhanced the early production of domesticated cotton and, later, the widespread cultivation of maize. The Moche culture, which flourished on the northern coast of Peru from about 100 to 700 CE, is renowned for explicit ceramic artwork that depicted aspects of their society. Moche line drawings show the reed boats used when they visited the offshore islands and transported the guano back to coastal agricultural fields, and archaeologists have found Moche artifacts in guano deposits. 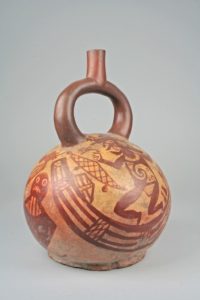 Moche vessel with depiction of a boat, 1st to 3rd century (Wikipedia)

The Inca Empire, the largest, greatest, and last of the ancient Andean cultures, had an economy built on agriculture. Using crop production techniques developed over millennia by their ancestors, the Incas used the enormous available labor force to farm at a massive scale. They recognized guano fertilizer as essential to food security, particularly as the empire was expanding to eventually include a population of 12 million or more. To ensure the high productivity of their crops, the Inca rulers controlled access to coastal guano and its transportation. Large volumes of seabird guano from the nearby islands were collected and distributed widely, including carrying it up into terraced fields high in the mountains. 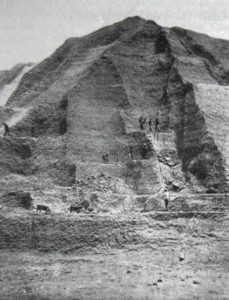 The written Royal Commentaries of the Incas, completed in 1609 by Garcilaso de la Vega, El Inca, describe a penal code established by the Incas to outlaw disturbance of the birds. During the breeding season, landing on the islands was prohibited so that the birds would not abandon their nests. The penalty for killing a bird, or disturbing them in nests, was death.  According to Rodrigues and Micael (2021) these may have been the first specific laws implemented, at least in South America, to manage and protect animals and their habitats with considerable importance to humans. The conservation measures allowed a sustainable use of seabird guano, and the birds could continue to thrive.

The wisdom of the Incas in managing their valuable seabird resources is in stark contrast to the events that unfolded in Peru in the 19th century. Guano fertilizer became an export commodity in high demand in Europe and North America. In 1840, the Chincha Islands off the southwest coast of Peru became the focus of a lucrative guano trade, with millions of tons shipped away (note all the ships anchored off the islands in the etching, below). To gain access to guano profits, Spanish forces seized the islands in 1864. For several years, coastal and naval battles ensued, known as the Chicha Islands War, but also the Spanish-South American War, as other Andean countries became involved. But that is another story.

By the early 1870s, the guano deposits of the Chincha Islands and other islands offshore from Peru were almost completely exhausted. Over-harvesting and the disruptive human presence on the islands, including clearing access routes for laborers in which they killed thousands of young birds in nests, all led to a precipitous decline in seabird numbers and guano deposits.

As I’ve written in a previous post, Security, Stability, and Soil, providing adequate food for the billions in our global population is a growing concern. Healthy soils are essential for producing food. Manufactured fertilizers will continue to be needed, but given the negative affects associated with these, alternative methods for improving soils should be implemented on a larger scale. These include putting cover crops such as legumes, with nitrogen-fixing bacteria in their roots, into the crop rotation and composting with naturally nitrogen-rich vegetative garden and household food debris. Learning from the traditional knowledge and institutions of indigenous cultures could be helpful as well.

Bonne, Kathelijne, 2022, The nitrogen cycle: a story of food, war and bacteria, on the website GondwanaTalks, February 16, 2022.

Sunset over a wheat field, 2013 by Dreamy Pixel.  https://commons.wikimedia.org/wiki/File:Sunset-over-the-wheat-field-featured.jpg

Moche vessel with depiction of a boat, , 1st to 3rd century, Metropolitan Museum of Art. https://commons.wikimedia.org/wiki/File:Bottle,_Boat_MET_64.228.5.jpeg

Guano deposit in the Central Chincha Islands in 1865, Photo of Figure 3.1 on page 30 of Glantz, “Currents of Change”, which shows Neg. No. 311830 from the American Museum of Natural History.   https://en.wikipedia.org/wiki/Guano#/media/File:DSCN5766-guano-glantz_crop_b.jpg

Ships anchored offshore from the Chincha Islands circa 1863. https://en.wikipedia.org/wiki/Guano#/media/File:Chincha_guano_islands.JPG