You’ve probably heard the expression “Ukrainian breadbasket”, which brings to my mind images of fields of golden wheat rippling in the sunshine. This name was bestowed for good reason, as the extremely rich soils in the Ukraine are well suited for growing grains. In past years, the country has exported enormous quantities of crops to countries throughout the European Union, as well as in Asia and Africa.  The majority of cereal crops grown are wheat, corn, and barley. Other major crops produced are oilseeds of sunflower and soy, sugar beets and many other vegetables and fruits. Sustainable agricultural practices have been increasing in recent years, and much of the organic produce for the EU has been grown in Ukraine. 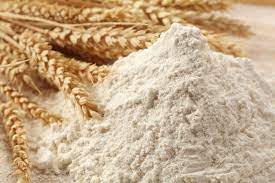 Ukraine’s agricultural sector grew significantly between 2015 and 2020. About half of the region is covered in dark and fertile chernozem soils, also called black earth or black soil. These soils  are rich in humus (organic material) and they have a high moisture storage capacity. The climate is beneficial for crop production in most of the country, with a long and sunny growing season and no water shortages for agriculture. In 2019 almost half of Ukraine was cultivated land, feeding millions of people.  Now, things are changing.

The Richest Soils on Earth

Food, and the soils that produce them, are important interests for me. An excellent article about Ukrainian and Russian soils is found here:  The Black Gold of Ukraine and the most Fertile Soils in the World on the GondwanaTalks website. Written by Kathelijne Bonne, the post has descriptions of the characteristics of fertile soils that promote plant growth, soil classification systems, and the importance of using agricultural practices to preserve chernozems and other valuable soils. (In North America, the chernozem soil category corresponds to the fertile mollisol soils that are widely distributed in the grasslands of the Great Plains and the Canadian Prairies.) Rich soils, dark with organic matter, are described in Kathelijne’s post as the “black gold” of the future.

In the past couple of years, pandemic-related shipping constraints and numerous droughts, floods and fires around the world have created many challenges for agricultural production. The next looming disaster: a considerable amount of the world’s food and fertilizer is currently trapped in Ukraine and Russia. Between the sanctions against Russia and Belarus, and the closed shipping ports and other transportation difficulties within Ukraine, the global food market is being hit hard.

Currently in Ukraine, critical planting and harvesting operations are being interrupted. Among the numerous other disruptions in a war zone, the emphasis on supplying fuel to the military means that supplies for farm machinery are in extremely short supply. The many countries that have relied on Ukrainian and Russian crops, particularly wheat, will have to find new sources. Smaller countries, especially, will find it difficult to bid against countries like China, which is expected to buy more wheat than usual this year because of severe flooding that delayed plantings and yields last year. 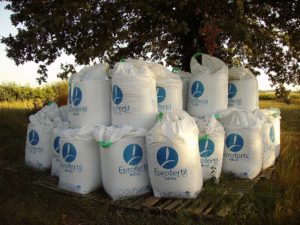 Then there are the problems with fertilizer shortages. Russia was formerly the world’s largest fertilizer exporter. Production levels from fertilizer plants in Europe are already being cut because of high energy costs. Prices for fertilizers of all types are soaring. Farmers worldwide are decreasing the amount of land they plant and the amounts of their fertilizer applications — all measures that are likely to lower future yields.

Many countries, including Afghanistan, Yemen, Syria, Ethiopia, and South Sudan, already have a significant percentage of their populations facing severe hunger. Tragically, the situation is expected to become worse. And history shows us that rising costs of food and food shortages have a way of promoting protests and civil uprisings that can destabilize governments.

Global trade flows are changing. Countries that relied on Ukrainian and Russian products are scrambling to find alternative sources. Canada, which shares a similar climate and has vast natural resources, can export a wide variety of food, crude oil, and mineral products. Oil from Brazil and Qatar; metals from Australia; wheat, corn and sunflower oil from Argentina, and many more resources can be procured from nations worldwide. Nonetheless, production increases will involve difficulties and delays, including shortages of shipping containers and other transportation snarles.

In the meantime, food insecurity is rising, and a global food crisis is developing. Dark clouds continue to gather.

Bonne, Kathelijne, 2022, The Black Gold of Ukraine and the most Fertile Soils in the World, March 9.  https://www.gondwanatalks.com/l/the-black-gold-of-ukraine-and-the-most-fertile-soils-in-the-world/

Matuszak, Slawomir, 2021, The breadbasket of the world? Agricultural development in Ukraine; Centre for Eastern Studies. https://www.osw.waw.pl/en/publikacje/osw-report/2021-12-09/breadbasket-world

Photo of bags of fertilizer by Cjp24, 2012. https://commons.wikimedia.org/wiki/File:Flexible_intermediate_bulk_containers-Fertilizer.jpg