Mountaintop Shrines and Sacrifices in the Andes Mountains

Mountaintop Shrines and Sacrifices in the Andes Mountains

The top-of-the-world locations in the Andes must have provided excellent incentives for the ancient ones to make the difficult climbs to honor their deities. I understand the draw to high mountains. I have had many extraordinary experiences standing on mountain summits, reached by technical rock climbing or hiking, and felt the exhilaration from completing a tough climb and then admiring a spectacular view. 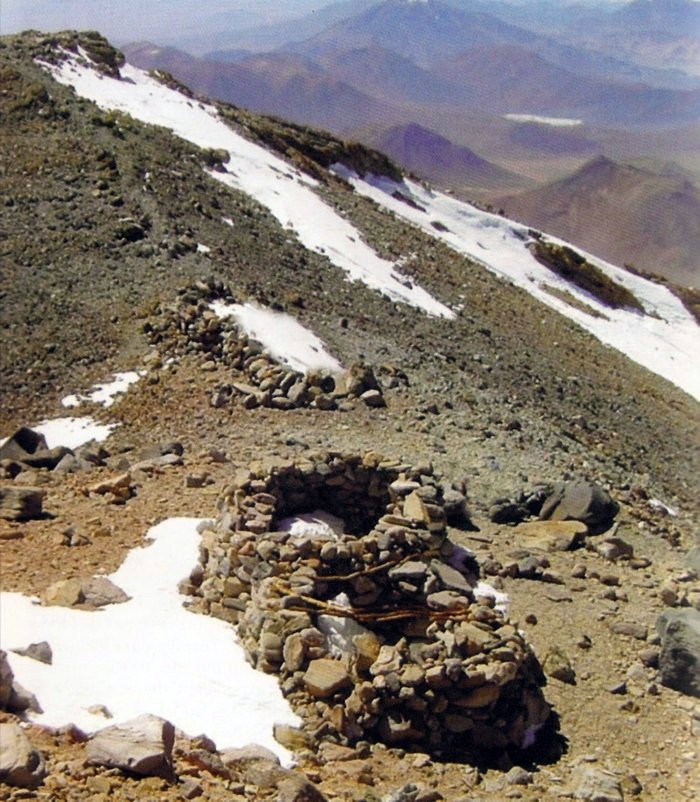 Shrine at the top of Llullaillaco, border of Argentina and Chile (elev. 22,110)

More than 50 Inca shrines have been identified on mountaintops and slopes higher than 17,000 feet in southern Peru and northern Chile and Argentina (south of latitude 15S). It’s no coincidence that the locations of these shrines overlap a segment of the Andes where active volcanoes have released steam, ash, or molten lava within the past few thousand years.

Many mountaintop shrines have been damaged after centuries of weathering from wind and water, occasional lightning strikes, and looting by devious mountaineers. Nonetheless, a rich variety of artifacts have been recovered. In small stone platforms and enclosures, an assortment of common objects such as llama bones, feathers, coca leaf, maize, pottery and ropes have been found. In some undisturbed shrines, archaeologists have found high status goods of fine ceramics, textiles, and elaborate gold, silver and shell artifacts. 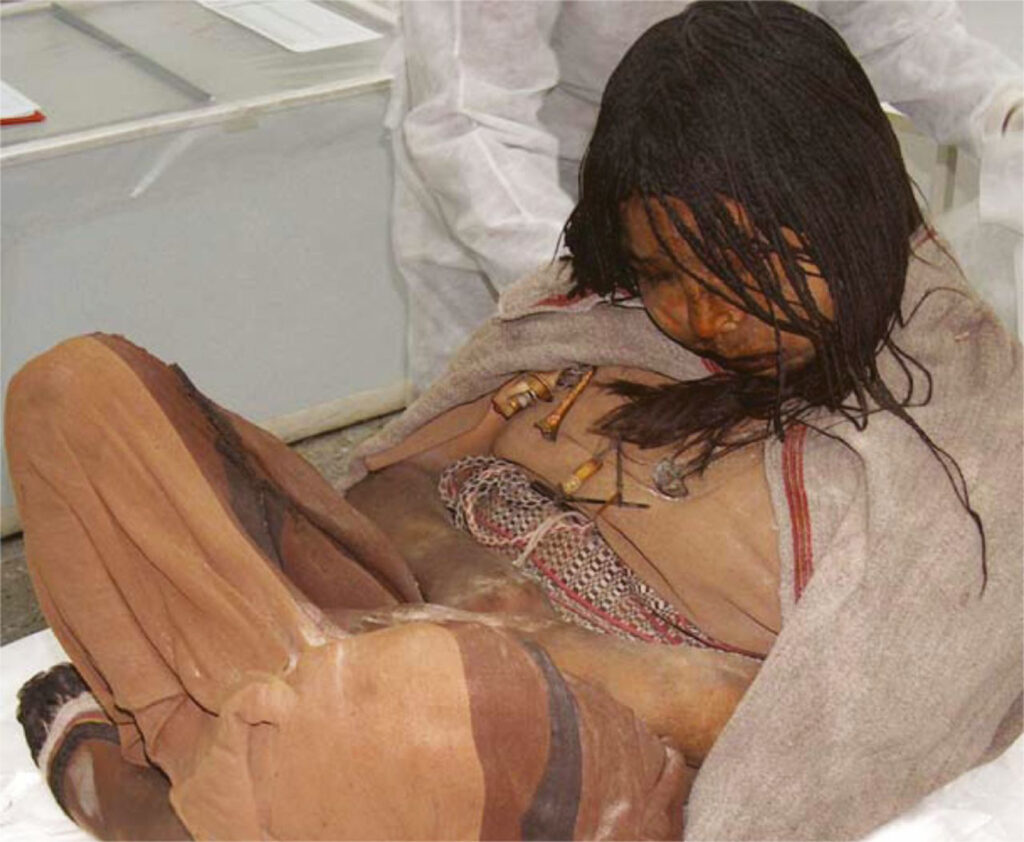 Mummy found on the top of Llullaillaco

Most notable among the offerings are the frozen bodies of children. These sacrifices were made as part of important religious rituals the Incas deemed necessary following events such as a victory in battle or the death of an emperor, or in response to a drought, flood, volcanic eruption, or other natural catastrophe. The boys and girls chosen for sacrifice were selected from throughout the empire for their beauty, as only the best could be considered worthy to be sent to join the gods. Having a child chosen for sacrifice must have brought a family great sadness, as well as honor.

The Incas who built the mountaintop shrines and left offerings cast themselves as mediators between human society and the gods. Their faith – and their mountaineering skills — were formidable.